If it's a tundra,it must be still winter 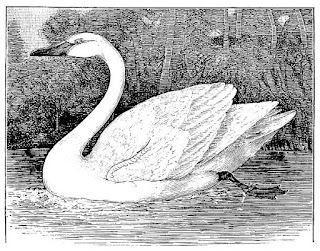 On a day the groundhog says spring will be early, it's still though Winter. And winter visitors like a Brooklyn TUNDRA SWAN makes that case as Bush Terminal Pier Park hosted a single individual today.

First seen by Linda Ewing,confirmed later by Shane Blodgett,the rare swan was found in the inlet cove by the park entrance. It only stayed briefly before birders thru the grapevine responded to its sighting and the search was on.

Hours later,Joshua Malbin found the Tundra from the Columbia St Pier in Red Hook, the swan was inside the bulkheads docks adjacent to Sunset Park's Industry City near 33rd St. Unfortunately access was restricted.

However good news and maybe a Sunday treat, Mike Yuan reported the Tundra Swan back in its original spot at Bush Terminal Park near 4 pm. Closing time is about this time for the park.