A tribute to the Ridgewood Reservoir grassroots activism 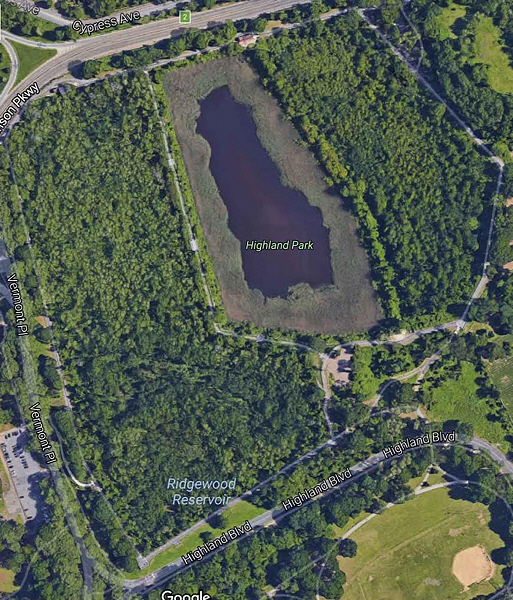 Its not too often that grassroots conservationists win battles to save a precious green space from the wrecking ball, development that threaten one such place on the Brooklyn Queens county line; a battle that took over ten long years to fight. In the end, it's a well deserved tribute to those who stayed dedicated, plugging away in the right civil, constructive manner to save Ridgewood Reservoir.

During my presidency of the Brooklyn Bird Club, I received an ordinary note from dance artist Jennifer Monson I believe is the correct name (apologies if not ) way back around 2007. Being a practical person , I happily passed along the note to friends Rob Jett , Steve Nanz and Heidi Steiner-Nanz at the time ,knowing they had the communicative and organization skills to pursue this matter further. It was a very significant decision as those friends stayed the course for over eleven years to the final victory that resulted in NYS Department of Environmental Conservation Wetland Protection status this past October. From that first years, Rob , Steve and Heidi took the issue to the Queens birders, particularly Christina Wilkinson.  The rest is history as the green treasure was bought to the Community board's attention, the community,  elected officials and other heavy hitters, advocates like NYC Audubon and so on. You can read more in Christina's note on Rob Jett's blog Save Ridgewood Reservoir and Christina's Newtown Historical Society org blog below.

I was happy to play a very minor role in writing well timed letters. It was very important to get the word out and reach many people as possible, community and elected representatives and agency heads.One letter was written during my presidency that was picked up by the Queens local newspapers and newsletters,etc. My most recent letter as President emeritus about  a year and half ago to NYSDEC; I was told  yesterday that letter was formally replied to by NYSDEC. The meetings everyone else went to over the long years is their dedicated effort. I am limited from meetings due to personal communication shortcomings and other practical reasons. Credit also go to my BBC successors Rob Bate and Dennis Hrehowsik with support of the Council in following up .

So, the real credit goes all out to Rob Jett, Steve Nanz, Heidi and Christina and countless others I'm bereft of who was involved. So.. well done and congratulations to all involved in achieving a great victory after a long fight.

In greater significance though, we saved urban habitat for wildlife and birds: that's worth the tireless fight.

PS.In May we will have a Ridgewood walk . Check out the Brooklyn Bird Club Trips page next month.

https://www.scribd.com/document/396995981/Ridgewood-Reservoir-wetlands-designation?fbclid=IwAR27zIFm2C3_10hkrzHucuXN-QFypUhkONOIcc4U41IB0XLBMnpQI3Biv2I
Posted by Kingsboider at 12:59 PM