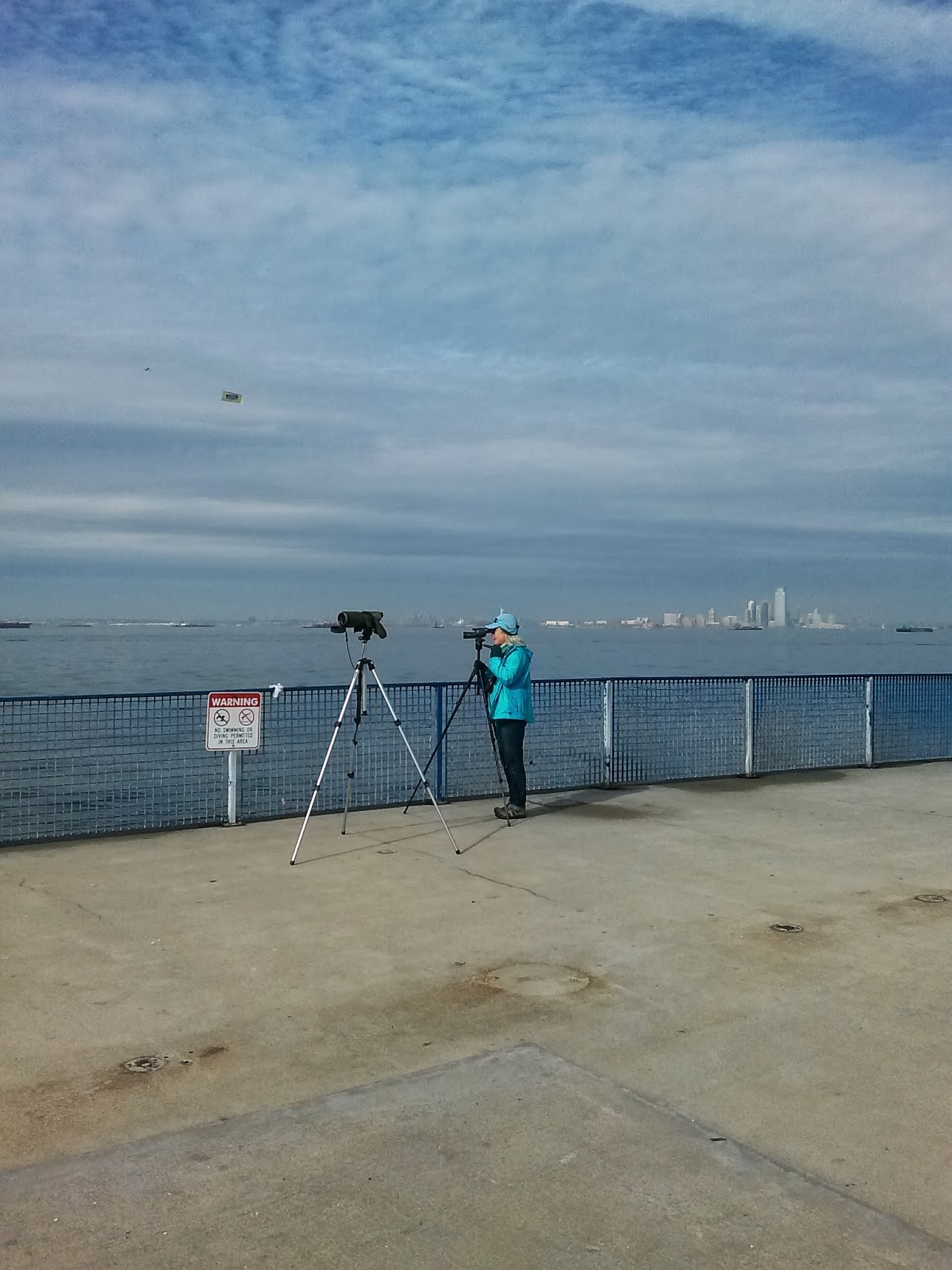 In a most exciting discovery in Brooklyn, one I just found out this week, a new Brooklyn location that offers a rare vantage into NYC harbor from the northwest shoreline dominated by industrial facilities, best known as Bush Terminal and the Army Terminal. This vast section was restricted and off limits to the public forever.
And thanks to Karen O'Hearn for the tip with her early report of Red Necked Grebe that led me to find out more about this spot.

The exciting new location is a duck haven for diversity,particularly for today. Its the Pier 4 massive drive in dock at 58 th street, behind the Brooklyn Army Terminal.There we spotted and refound RED NECKED GREBE, by the pilings to the east.

For ducks, the number of species seen by me and Mary Eyster was a dozen, equaling the total I saw on my BBC trip around Jamaica Bay last Sunday. One spot, us stationary most of the time, 12 species.Go figure. Best among the quack lot was a drake REDHEAD on the west side of pier 4,hanging out with some GREATER SCAUP.Other nice ducks was close in LONGTAILED DUCKs and farther by the pilings,our RNGrebe spot a first winter COMMON GOLDENEYE. Will Pollard whom we ran into as well, just new to this pier that serves as a NYC Taxi Ferry dock, reported EURASIAN WIGEON, the same bird visiting the Veterans Pier on the other side of the Sanitation treatment plant.13 species ducks then.One spot...awesome.

See the list below that included other waterfowl,including loons for 19 total waterfowl species.

Great to see this spot and hoping future good vibes.Its not often to see Brooklyn birders gain a potential treasure.

To get here, by car go to 1st Ave to make a right on 58th, just before the Brooklyn Army Terminal entrance. Also could do from 2 nd Ave,right on 58th.Follow signs for Sea streak Ferry. By train,take the N or R to 59th Street stop, walk I presume 4 or 5 blocks west.The elevated highway can be seen for landmark.

Posted by Kingsboider at 7:14 PM