Just about the gorgeous looking RUSTY BLACKBIRD I've seen thus far, a bird walking  and waddling in the water at Binnen Creek. A bird I thought in transition with beautiful grayish hues and specks of rustiness, but further research reveals the bird to be a female in summer plumage ! For once today ( personally), another bird species overshadowed the long continuing Lake RED-NECKED GREBE.

The rare grebe, now having set the longest stay in Prospect  with over a week under its "bill" ( I meant to say belt), was quite close to the Peninsula meadow shore, close to the red mooring ball . I had great looks.

And there's a little bit of drama at the ball fields (Long meadow) around high noon. An immature RED-TAILED HAWK flew away from an adult RED-TAILED HAWK homing in at the tree overlooking the Tennis House;as departed juvenile soared low over the field,an attacking MERLIN came charging in. MERLIN  harassed numerous times the low soaring Red-Tailed , for at least 35 seconds, then peeled off towards the Quaker Cemetery.

The ball field during my short lunch hour rendered some productive results. Most obvious, 2 KILLDEER in the center of the field, surrounded by numerous AMERICAN ROBIN. An EASTERN PHOEBE on one of the fences, 4 BROWN COWBIRDS, and GRACKLES pumped up the list

COMMON GRACKLE also dominated the fields , but at the northeast section of the Nethermead. And just to the east , at the Binnen Creek, where Rusty Blackbirds twosome checked out the creek, RED-BELLIED WOODPECKER, FOX SPARROW, WHITE-THROATED SPARROW and loud bird singing (I think its grackles, given the numbers)enhanced this active spot.

Last news for Prospect, get over to the Upper Pool , where 23 WOOD DUCKS are in a courtship festive mood.Out in the open, the tight flock seemed happy to show off with the few hens.Three nearby RING NECKED DUCKS paid no mind.

Going outside the park, to Sunset Park to the west, Mary Eyster , a resident of the area, checked out the park this afternoon and saw KILLDEER, AMERICAN KESTREL and TURKEY VULTURES. But the best sighting, a RED-SHOULDERED HAWK flew over. Its a small park with sparse habitat but in spontaneous times, nice species are found. I was told that Woodcock are sometimes seen here as well.

Spring about to blossom ?  Warm temperatures coming this end of the week. 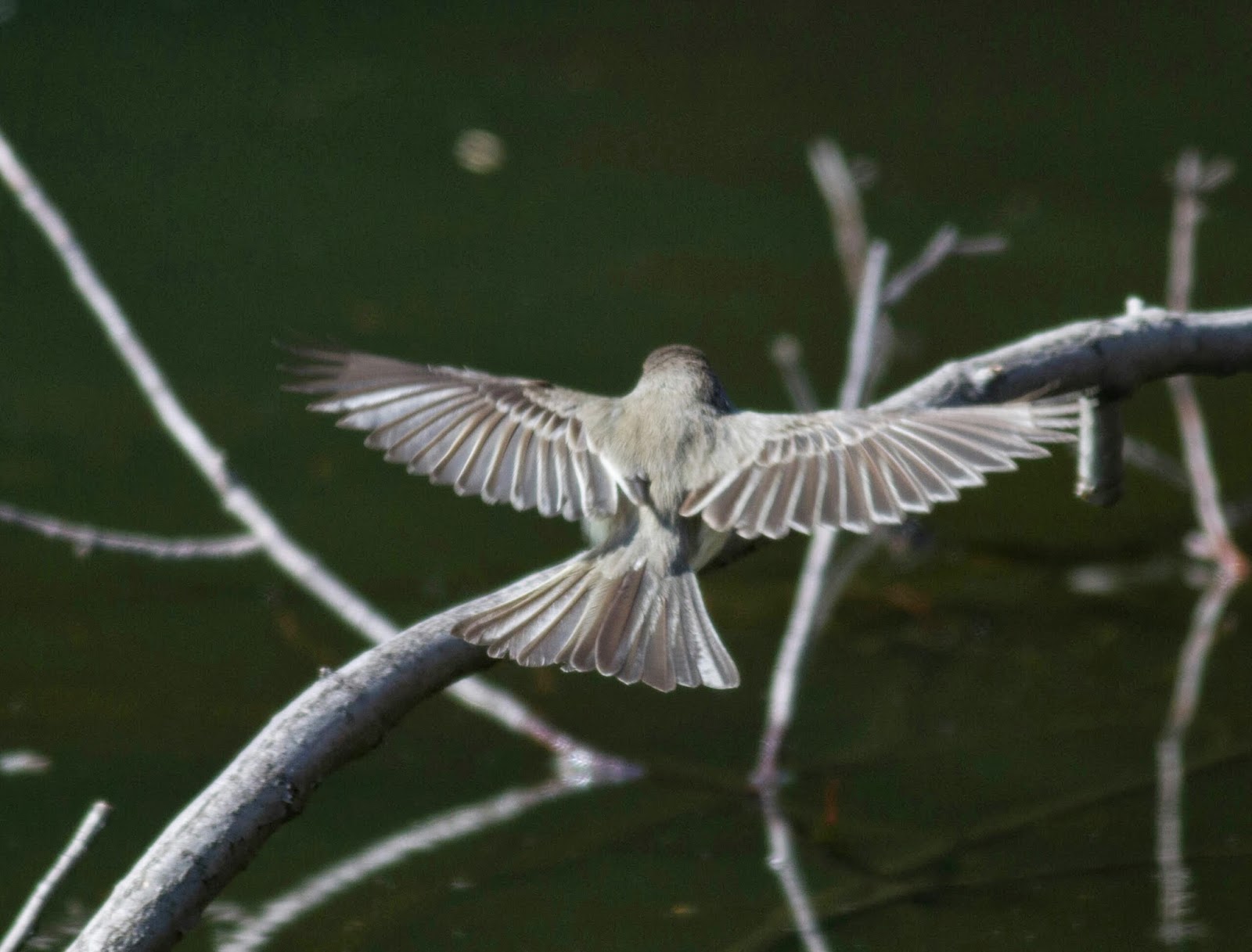 More news. An omit...PINE WARBLER in Prospect the first spring report seen by Ed Crowne along the Quaker Cemetery perimeter fence.
Posted by Kingsboider at 6:22 PM