Connecticut is the story 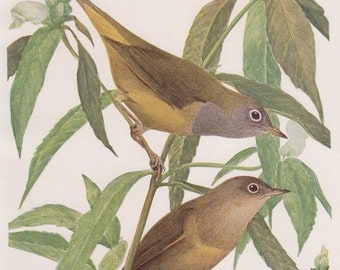 CONNECTICUT WARBLERS highlights the so so day for birding, with two reports in the local area.

The first CONNECTICUT WARBLER was reported at Brooklyn Bridge Park pier 6. Noted by Heather Wolf the main birder there, it was seen in a Catalpa tree at the southwest corner of the meadow in that pier which is closest to the end of Atlantic Avenue. Its a great looking small spot for birding given the open meadow and tree edges.

The second CONNECTICUT WARBLER occurred right here in Prospect Park, reported by warbler master Tom Stephenson. That bird was a skulky bird in the vicinity of the Peninsula Thumb woods. Later Paige Linden Brams mentioned a brief split second glimpse of the bird in that general area in early afternoon.

Otherwise, its a slow fall day , with WILSON'S  and HOODED WARBLERS at the Peninsula meadow edges  per Tom Stephenson leading the NYC Audubon group.