An Iceland Gull on Prospect Lake 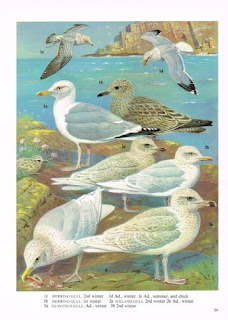 It's the beginning of the gull season and eyes tune out to our local areas for the good winter gull.

One of the good places for a good gull would be Prospect lake. But you have to be lucky with the timing. There would be many times you won't find the rare gull on the Lake; but Sean Sime found the season's first ICELAND GULL early this afternoon. A photo shows a third winter bird in the water surrounded by thin ice.

I ventured out after three pm after returning home from family holiday in the Philadelphia area. I found almost 800 gulls in the lake middle.Ugh I said,just what I need: a needle in a haystack! I was told from my meeting minutes later with Karen she was looking for an hour and didn't succeed finding the Iceland Gull. There will be other days.