Before the raindrops fell

Prospect had a better morning compared to Greenwood. Dennis's walk group found a PROTHONOTARY  WARBLER at Three sisters islands thanks to young John Dean. A short while later Rob Bate found in the same area a male BOBOLINK on the ground the bird eventually moving closer to Duck Island where a WHITE CROWNED SPARROW also was found.

As a bonus,a COMMON LOON decided to feed on prospect lake, seen by many as it done frequently this morning. 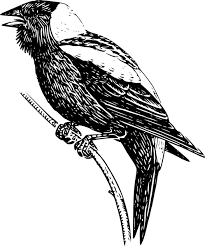 I was birding much quieter Greenwood. But friends I ran into mentioned noteworthy birds. Mary Eyster said she saw three CAPE MAY WARBLERS at Sylvan water west area: one in a tall pine at the junction where mowers are parked; two on the rising road below the Cliff path. Kathy Toomey alerted me of two in a blooming sycamore maple on Summit Ave off Border Ave South of Dellwater. As rain fell I got a one second glimpse of a Cape May, likewise for a Chestnut sides warbler in poor light.

Dellwater is today's GWC hotspot. Besides several Rose breasted Grosbeaks feeding on elm seeds at the end,a WORMEATING WARBLER,BLACK-THROATED GREEN and BLUEWINGED WARBLER were all found by the water edges.I spotted a WHITE EYES VIREO.I was told a SUMMER TANAGER appeared yesterday there.

A BLUE GROSBEAK was reported in Greenwood on Locust Avenue around 1120 am. Unfortunately the late tweet found me already eating my hamburger at Burger King nee 115 pm.

Winter wren reported in Prospect
Posted by Kingsboider at 4:15 PM