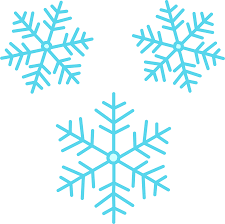 When I got out finally into Prospect after a lazy morning but things to do anyway, it was snowing. It's hard to bird even though its a beautiful time to enjoy falling snow. Furthermore it's harder to see distant stuff and optics get covered . Nevertheless on this last day of the count, even an hour is good enough.

The bird of the day was one I didn't see.Kathy Toomey gets credit for that ,seeing the usual but erratic BLACK HEADED GULL in western Prospect Lake earlier. I went out for that bird but didn't see the rare gull, a trait this bird prefers now with short visits nowadays.

I did see loads of gulls all in one place ,a tight knit mass in the lake center. Nothing unusual but the same big three of Ringbill,Herring and several Greater Black backed .

There is one new bird I can claim.The species hasn't been reported much this winter, but I would take seeing a SWAMP SPARROW; it lingered with 7 WHITE THROATED  and one SONG SPARROW at West Island benches.