A "invasion" of BLACKHEADED GULL even if only two maybe if not the same bird has been reported at two coastal locations. Meanwhile here at pretty Prospect Park, I didnt see any rarity but for the number of DOWNY WOODPECKERS concentrated in one spot did raise my cold attention.

On the BLACKHEADED GULLS, one each was reported at Bush terminal park and then less an hour later at Brooklyn Bridge Park. The tweets came in order from Rob Bate and Bobbi Manian. It would be interesting to see photos to confirm separate individuals. Perhaps one of the birds might be the long time Prospect visitor.

Back here as I was busy clearing snow on my job, the feeders saw something I don't usually see. Although it involved the DOWNY WOODPECKER, how often one sees a lucky seven at one time on the feeders? Makes me wanna go to Atlantic City and roll dice! 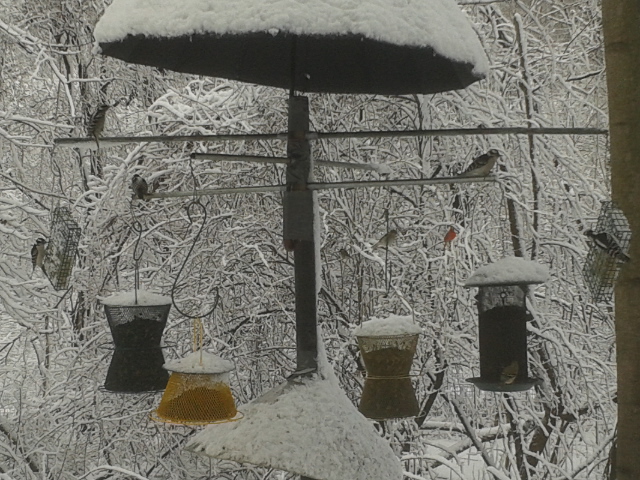 Posted by Kingsboider at 3:24 PM