Top birds in our local area

On this crisp chippy day, birders reported top quality birds in our local area.While it may mean sprring migration is in the very early stages or not,nevertheless the midwinter blues are mitigated. 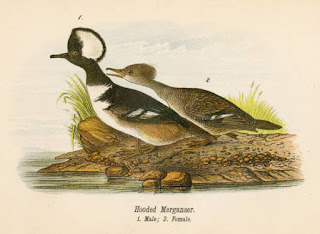 A terrific find today at Bush Terminal Park unlike my dreadful experience with yesterday s winds is a hen EURASIAN WIGEON. Bearing a reddish head compared to the gray of the American,it was seen in the north cove. Both Kevin Topping and Tripper Paul were the observers.

Moving to the east at Greenwood Cemetery, both a BLACK VULTURE and CHIPPING SPARROW were seen. Kevin saw the flyover vulture and Chris Laskowski with the Sparrow.

Then as it has been reported through the winter with many reports,an overwintering EASTERN PHOEBE continues it presence,one bird at Brooklyn Botanic Garden ,spotted by Danielle Gustafson.


With only a half a day to do something,I took my usual spell into Prospect. Delighted to see the same ducks yesterday, the single drake RED BREASTED MERGANSER is now outflanked by 6 HOODED MERGANSERs - up 4 from yesterday's number
,and 5 RING NECKED DUCKS hugging Three Sisters eastern island. The latter species up 3 birds were all drakes.

On a side note,the first I've seen the west island sweetgum tree Grove quite active this winter, 2 striking European Goldfinches mingled with the American Goldfinches, working hard on  the seed balls.