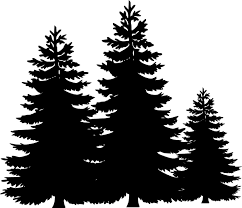 On this Christmas Eve,an hour or so birding does the mind and spirit good. So, even when it's a quiet day, I hopped over to Prospect.

A still mostly frozen lake wouldn't have many ducks. Nevertheless, I spotted the four Wood ducks in the lake center, obviously overwhelmed by numerous Northern Shovelers. A quick check of the gulls revealed nothing unusual. Finding something rare requires great luck so my Christmas stocking remains empty.

Speaking of an empty stocking,I'm still striking out with the Wilson's warbler. Having gone at least ten times visiting the three container spot,it was reported an hour before my arrival. Debbie,another birder and i waited for at least twenty minutes. I should ask NORAD which is tracking Santa now for some help.,🎅

The feeders was my next stop. Not expecting much in this off year for winter finches, I found the feeders dominated by House finches and red winged blackbirds.

There's hope though as Winter just started. You need to have the right spirit and hope the new day brings some goodies our way.

By the way, there was a reported flyby Glaucous Gull at Bush Terminal Park observed by Jonathan Perez; Kathy Toomey had the continuing Eastern Phoebe at Greenwood Cemetery; and last,Linda Labella saw the Orangecrowned watbler at Lefrak's rink green roof. Those are prized goodies for starters.