Yellow is the color

Yellow was a welcome cheery sight under gloomy skies and a biting cold wind. Besides some yellow flowers--Wild Oats-- that bloomed in the Ravine, also of the color yellow, some birds ,one of which is rare for Prospect.

A few reports came from birders that benefited today's Brooklyn Bird Club Tuesday walk led by Bobbi Manian , a YELLOW-CROWNED NIGHT HERON perched high in a tree overlooking the Lullwater. On the north side of Terrace Bridge, the rare heron was seen by Shane Blodgett, followed by a report of likely the same bird earlier by Cathy Sogg, ( telling Klemens who texted me), and then Rob Bate's tweet. I finally got down there on my lunch break, missing the bird until Rob showed me the heron.

But as I was looking for the heron, I did see a beautiful warbler, very bright and offering cheer on this drab day,a male YELLOW WARBLER. It appeared by the bald cypress trail adjacent to the pink beach along Breeze Hill, before it crossed over the path up to the slope. A few were seen today by others.

View this checklist online at http://ebird.org/ebird/view/checklist?subID=S18137038
This report was generated automatically by eBird v3 (http://ebird.org)

Dear Peter, My Photo of Yellow-crowned Night-Heron. Seen by Carrie Sogg early morning at South side of Lake in phragmites  and recently found by Shane Blodgett high up in Tree 50 yards north of Terrace Bridge on the East side of Lullwater.
Best, 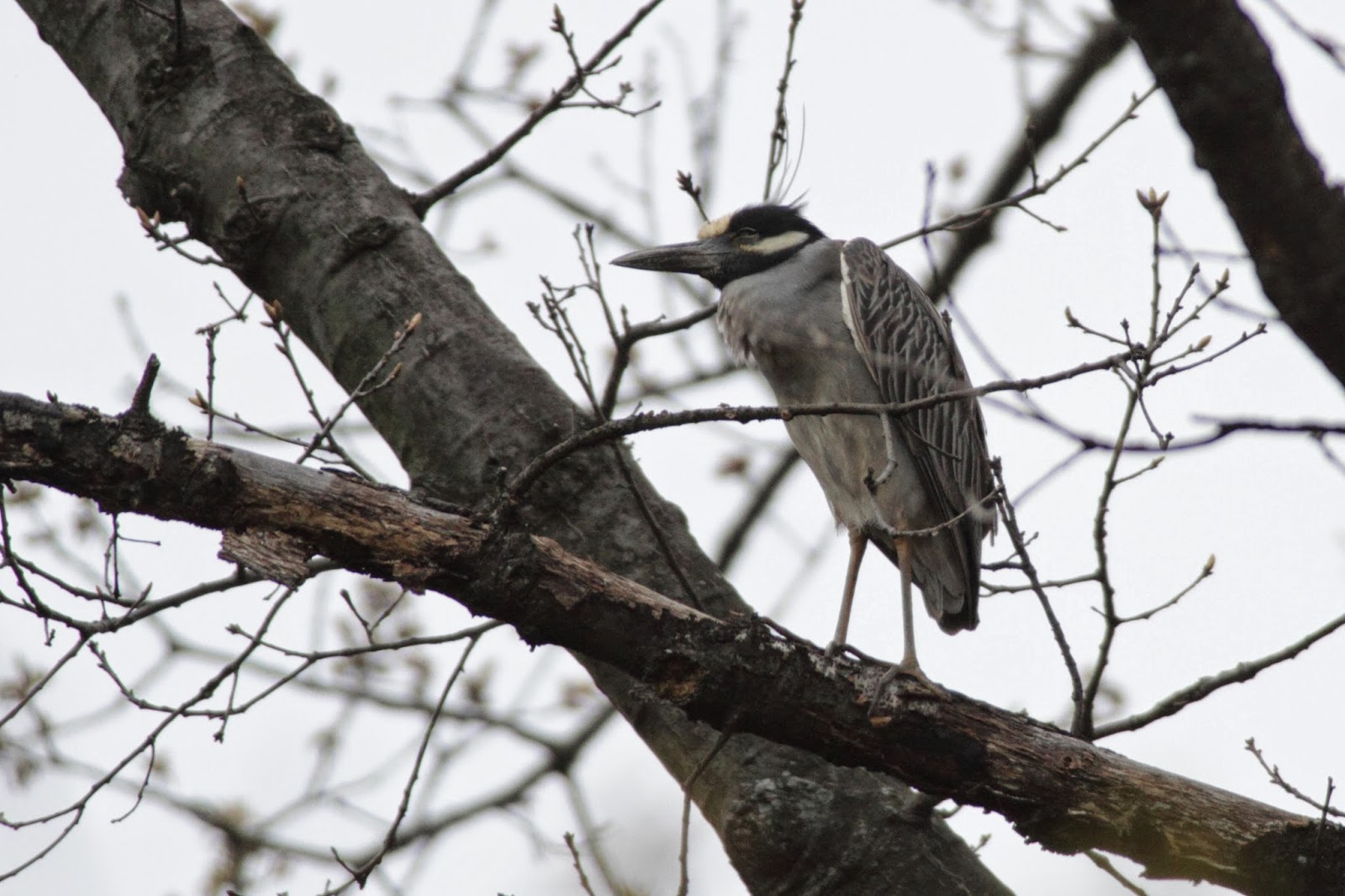 Posted by Kingsboider at 3:32 PM