Fwd: Save the Ridgewood Reservoir ! 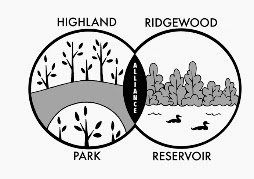 Dear Supporter:
Our organization has been working since 2007 to preserve and protect the Ridgewood Reservoir and Highland Park. Our efforts were instrumental in convincing the NYC Department of Parks to scale back their original plans for development and eventually they simply restored the path, replaced and improved the lighting and removed some invasive species.

Phase I was a success!

But now the reservoir is once again in danger. The DEC has mistakenly classified the reservoir as a Class “C” “High Hazard” dam. To have it reclassified as a Class “D” “Negligible or No Hazard” dam, NYC Department of Parks has plans to breach basin 3, the largest basin, with an 11’ x 14’ tunnel, and then build a road in it. The plan calls for breaches in each of the basins.

The reservoir is not a dam and this project, estimated to cost $6,000,000 - $11,000,000, will destroy important wetlands and irreversibly change the character and uniqueness of the site. NYC Department of Parks wanted to start construction in August 2014, but we have been able to get a short postponement.

If the Ridgewood Reservoir is lost it cannot be reclaimed. Please support our effort to preserve the site.
Please sign our petition on Change.org telling DEC to reconsider its outdated assessment and stop this destruction.

Please forward this email.
Thanks for your support

To learn more about the site and our organization go to RidgewoodReservoir.