A warm day that reached the upper 70's made it feel like Louisiana. Only that it's the bird not the state I'm thinking about.

I finally got to see the bird, a LOUISIANA WATERTHRUSH found wandering in the Ravine creek. Mostly kept to the lower Ravine in mid morning where I saw it, thanks to an alert from ED Crowne; it was elusive, then cooperative for a short bit in the midsection just before the Ravine Pool. Later in the early afternoon, it moved upstream , found by Vinny Falci, just south of the Little Rock Arch bridge, before it wandered farther up closer to the Esdale Bridge in the Ambergill. Regardless where, just about many observers saw the bird.

The Ravine continuing its hot roll, recording WINTER WREN and a pair of WOOD DUCKS as well in the stream. Vinny and Eni saw BLUE-GRAY GNATCATCHER over the Esdale.

No reports of the Yellow -throated Warbler today despite the bird club valiant search on their first spring '17 walk. 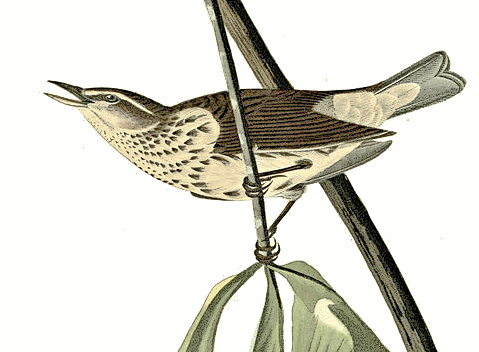 Posted by Kingsboider at 3:20 PM