This day continues with yesterday's sightings of EURASIAN WIGEON & AMERICAN WOODCOCK with another rarity seen earlier last month . Two of the good birds occurred at Army Terminal pier four, and one in nearby Greenwood Cemetery.

GLAUCOUS GULL made a visit after a brief absentee spell at the Army pier.It might have stayed withe the gull flock on the pier if not for passing cars according to observer Irene Conte. Earlier in the morning ,the EURASIAN WIGEON flew in ,as tweeted in by Tom Preston.COMMON RAVEN rules the day here at the pier,obviously at home along this industrial coastline.

And as usual, the woodcock sticks around.Greenwood Cemetery is the best locale for trying for these birds,one was observed at Cornus path and Cypress Road ( Karen O' Hearn) 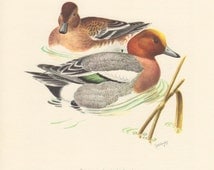 Posted by Kingsboider at 4:48 PM