Traditionally, many birders start the new year with the slate cleaned, and thereby get a head start today ticking off birds ( no angry birds here) for the new year. There was no better place to start than Prospect Park as some or many birders got the rarities that carried over from the old year.

It's the same old as PAINTED BUNTING,BLACK HEADED GULL & ORANGE CROWNED WARBLER ringing in the new with appearances.And all are in their usual old spots-- as if nothing changes . PAINTED BUNTING at the rink green roof north end; BLACK HEADED GULL coming and going at the west shore Prospect Lake; ORANGE CROWNED WARBLER at Well Drive green shipping containers slope of Lookout hill.

In addition , lesser quality birds stuck around as well.The drake pair RING NECKED DUCKs at West Island; GRAY CATBIRD at the ORANGE CROWNED WARBLER spot. I got the latter and the gull as I'm not the type to run after everything-- crazily-- being resolved to be more gentle myself birding and enjoying the great outdoors. Listing isn't a big thing with me anymore. Besides I got out late after services .

But NYDay does have the anticipation of surprise. In midafternoon , above West Lookout Hill, Mike Yuan reported an adult BALD EAGLE flying over. Hey..that's new!

HNY folks.. 2016 is full of new possibilities.Enjoy each day. 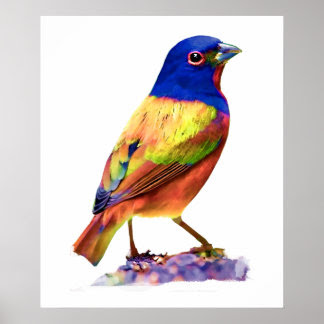 Posted by Kingsboider at 5:18 PM