The reports of recent days from birders placed the NORTHERN GOSHAWK in the vicinity of Maryland Monument.This has me thinking : is this young bird a history buff or an American Patriot? Seriously though we are all happy this Prospect Gos has cooperated so wonderfully for birders from all over to enjoy it.

This early morning,Doug Gochfeld reported the Gos on the slope behind the monument. That was the only report I received until I decided to go to the Brooklyn Botanic garden to try for yesterday's snipe. Naturally I passed through Terrace Bridge where I found a group of birders looking up. Perched high in a dead Austrian Pine at the bridge's east end was the standout GOSHAWK.Its looking pretty darn good.I also received information that it was spotted flying across Long Meadow; so it's traveling.

On a different subject,only one Woodcock report today I heard.Michelle Dreger said one was inside the Arleen's Pines enclosure,the memorial Grove at Butterfly meadow north end on Lookout Hill.It's all leaves and exposed ground there not hard packed snow much to the woodcocks detriment. 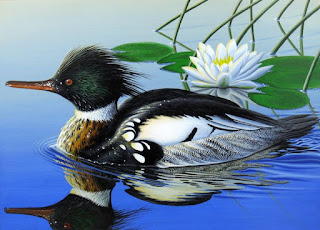 Those feeders are simply overwhelmed by birds! 22 RED WINGED BLACKBIRDS joined by 2 GRACKLE,3 FOX SPARROWS,and more accelerates consumption of  the seed stock ; I had just filled them this past Thursday! Birds ,the clock is ticking as feeders will come down by month end or earlier.

Oh,that snipe was nowhere to be found in the BBG.Kristin Costello had the snipe yesterday afternoon at the japanese garden.But as least mentioned compared to Prospect and Greenwood,it's nice to see the Garden get a little attention.
Posted by Kingsboider at 10:34 PM