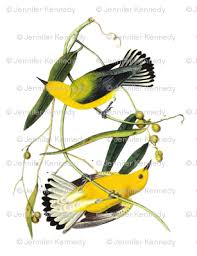 Will Pollard had the privilege of spotting the PROTHONOTARY. This swamp bird was seen at the back area of Upper Pool in Prospect's waterway around 4 PM.

Then singing ALDER FLYCATCHER became the second notable species.Reported in two different locations,Ed C heard the morning bird at West Island;in later afternoon,Tripper Paul found another in the Peninsula thumb.This part of May usually sees an uptick of empidonaxes as evident a YELLOW BELLIED FLYCATCHER found by Isabel Conte on the Hammerhead Peninsula across from West Island on the Brooklyn Bird Club Walk.

The last good bird is the continuing MOURNING WARBLER.It was found somewhere in the north Midwood section by Ryan Goldberg.I believed another was in Butterfly meadow but as my phone is charging,I'm not sure.

BAYBREASTED,TENNESSEE & CANADA warblers went through.These were reported by Ryan in the same area as the Mourning.

The BBC Walk tally is in a separate post,summarized by leader Bobbi.

Addendum: A MOURNING WARBLER  was seen in the Butterfly Meadow, viewed by the BBC group.