An ugly thing has reared itself again in Prospect Park. A male individual was caught red-handed poaching , carrying a caged AMERICAN GOLDFINCH AND the glue stick on his possession. See the picture below at the bottom.

Some birders saw this individual on the Peninsula with the bird and stick, called in to one of the BBC top officials. ( no public name for obvious reasons) . The official called the Urban Park Rangers and the officers caught up with the guy at the Boathouse.

My park crew got notified and caught up with the guy in discussion with the three rangers. A long time after with the guy arguing and citing his case, the bird came to me for ID. This Goldfinch had a blue leg band with a serial number. ( possibly banded during a migratory mist net) The rangers will followup with the State NYSDEC authority and bird band identification. The guy was told if he didn't want to get a $1000.00 fine, release the bird. However he was adamant not to despite being caught red handed. Somehow we got the bird released. This guy  became incensed and started cussing. A second heavy set guy came from the Cleft Ridge span ( obviously watching and waiting) and started yelling too at the rangers and my coworker. Apparently he had trapped the bird and sold it to the guy with the cage. Both were incensed and angry and fled. However the goldfinch was free.

The story I hear on the trapping or poaching method.A male is kept in a cage with an attached glue stick. The male is fed cannabis seeds which incites it to sing. This singing attracted other birds and they perch on the glue stick and ripped off into a bag or pouch for the pet trade.

Therefore its up to us birders and likewise community to watch and be suspicious if you see an individual or more in the woods with a bird cage; a glue stick or carrying a bag or pouch that wiggles; or anything that rouses your suspicion. The important thing this:

DO NOT CONFRONT OR TELL POACHING MISCREANTS YOUR SUSPICIONS OR WHATEVER. These are dangerous people! Act like you didn't see anything, walk away a good distance and call the authorities.

If you have additional numbers , email me. 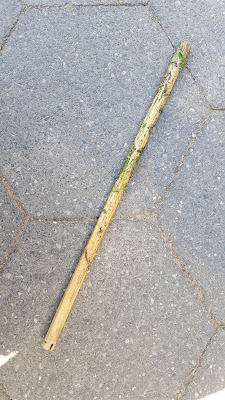 Posted by Kingsboider at 3:34 PM