How excellent birding spot “Ricks Place” got its name?   Read on….

By popular demand, the Headless Horseman and the story of Ranger Rick. 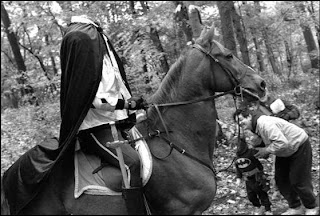 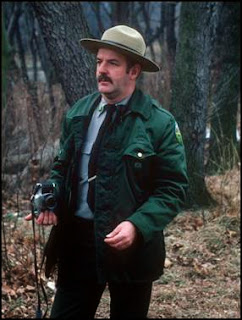 In the early 1980s an urban park ranger named Enrique Garcia originated the Headless Horseman costume for the Halloween Haunted Walk
and even, according to former PPA president Tupper Thomas, persuaded a local mortician to loan a coffin.  Ranger Rick, as he was known, was an avid birder and also
kept bees on the roof of the old Elephant House, a former zoo building located in the upper Midwood.  The Elephant House was demolished
in the 1990s, but the area is known as Rick’s Place and is marked with a Parks Department sign.