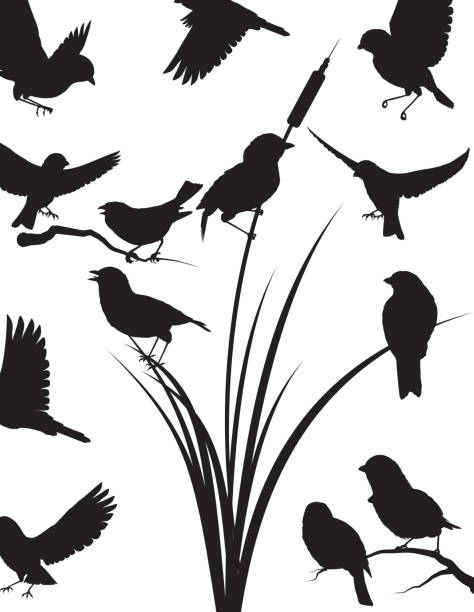 I took two walks into Prospect today on my off day.With home errands to do anyway, a quick morning walk and then a late longer afternoon walk into Prospect led to seeing nice numbers of sparrows viewed in several locations.

Needing my car that i forgot to bring home from work Thursday afternoon, ,my late home departure required a short birding stint. The best location obviously was the ballfields. Stopping first at a location I mentioned last year as potential good sparrow habitat, I stopped at the large berm mound behind Field 7 at the southwest corner. The mound was filled with sparrows. Whenever they were spooked, they would fly down slope towards the fence or gap between the mound and fence, on the other side replete with various tall flowers like asters,perfect food for the birds. On the mound, with numerous DARK EYED JUNCOS, a lone WHITE CROWNED SPARROW juvenile stood out, Suddenly spooked they all flew up to a young sapling; I figured on a hawk, and sure enough in the distance  appears to be a COOPERS HAWK that I only saw the raptor's back.

I continued on , pressed for time , and arrived at field 2. And as usually good here at field 2 and 3, I saw sparrows along the 3rd base dugout area. Seeing mostly Juncos again, I quickly spotted the striking heads of adult WHITE CROWNED SPARROWS-- not one but two; better yet, I found all together there five White crowned, three juvrniles in the alley between the fields. I cant recall seeing that many in one spot in Prospect.

My afternoon adventure didn't yield anything special. However happy to get out, I found the West Island Hammerhead cove quite lush with asters and beggar ticks plant and other native plants ,namely Rushes. Not surprisingly, scattered birds moved around, mostly AMERICAN GOLDFINCHES, SWAMP SPARROW, SONG SPARROW and WHITE THROATED SPARROWS. This area should be on any birders agenda to check thru the rest of Fall.A HAIRY WOODPECKER appeared overhead in a tall elm with harassing BLUE JAYS; Several YELLOW RUMPED WARBLERS witha WESTERN PALM alighted on a fallen limb in the water edge:these sightings nevertheless entertained me on my slow pace.

The Rink green roof was next on my itinerary and it was the lawn before it that captivated my attention. Adjacent to the road leading to Lefrak ( now open for ice skating season) at least 60 sparrows hunkered down in the grass. HOUSE SPARROWS didn't hide a hoped for Dickcissel but CHIPPING SPARROWS with the usual Songs and White throateds. With the rink greenwood barren of birds in the now approaching dusk, I quickly checked the shoreline for the Gallinule. There hasn't been any reports the last two days and so it is I didn't see any gallinule.

On the way home along the south lakeside, under the now vibrant colorful Sugar Maples, energetic WHITE THROATED SPARROWS pecked away the lawn beneath the iconic trees, I watched, as the sparrows moved near me,rushing along,wondering what a great moment to experience migration at its autumn best.

Adding to sparrow smorgasboid, Tripper reported a VESPER SPARROW in the Nethermead this mid afternoon. There were several Vesper Sparrow reports today in Prospect as I read the rarity Ebird alerts.The EASTERN MEADOWLARK, not fazed by Prospects patrons, continues to roam the Nethermead. A triple bonus in the Nethermead materialized with EASTERN BLUEBIRD early in the morning.

In other parks nearby in the North Brooklyn area, more sparrows made the news. CLAY COLORED ventured into Fort Greene Park by Willougby Ave entrance; also the same regarding this sparrow in Greenwood Cemetery.. Reported Lincolns at Greenwood Cemetery with flyover EASTERN BLUEBIRD keeps Greenwood's fall season exciting. And last, Brooklyn Bridge Park , quiet this fall, came through with WHITE CROWNED SPARROWS of their own. Its sparrows smorgasboid everywhere!

A  late GRAY CHEEKED THRUSH was reported in Greenwood Cemetery.

Except for the brave birders viewing pelagic birds on the coast, I think I'll stay indoors tomorrow. Or maybe after the rains slow down abit, it might be a good idea to check the lake for a blown in seabird. Its a hope.
Posted by Kingsboider at 8:28 PM