The Prospect Patagonia pucnic table effect. Yep it did happen... 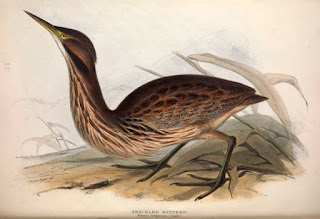 was a great gift to us. Not only it bought in birders far and wide, it bought in multiple pairs of eyes ,an invasion of extra vision assets that found for us additional rarities to the benefit of visiting and local birders.

To understand the meaning,I copied and pasted the birding term below:


Though two of the above birds was not in the closed vicinity of the Gallinule's range,its unlikely these species might have been found by a single or few birders covering a big park. Even the four BRANT over lake west shore I spotted enroute to the rink qualifies as a good park bird.

While all the hoopla focused on the Music Island area,Greenwood Cemetery experienced a highly active day. Read Ryan Goldberg's report in a previous post. He reported good numbers of sparrows but sightings of almost stepped on AMERICAN WOODCOCK and RED SHOULDERED HAWK takes top prize there.

Back to Prospect,a few notables were found today. A late NORTHERN ROUGH WINGED SWALLOW was found over the Lake,photo photographed by Sean Sime. I saw an adult WHITE CROWNED SPARROW at Lamppost 249 Well Drive picnic tables,with a juvenile.A HOODED MERGANSER remains in the Lake.

Good numbers of Yellow rumped Warblers,Kinglets and a host of other sparrows abound. It's been a busy weekend!

Continue to search the shores opposite Music Island towards the War memorial for the Gallinule. I saw it below birders at the pickleweed shore across from the Island. The Bittern was on a mainland boulder excellently seen on the island's other side. This was around 3pm.

Most astounding today centered on the bittern. It was observed behaving like a carnivore,something so unusual to believe .It was catching Warblers and Kinglets for snacks! One video taken by Gus Keri ,seen on Brooklyn bird alert Twitter ,showed the bittern gobbling a apparent Palm Warbler! Talk about wild! It's Nature at its finest.

So much writing this weekend yet most excellent fall birding!
Posted by Kingsboider at 7:18 PM