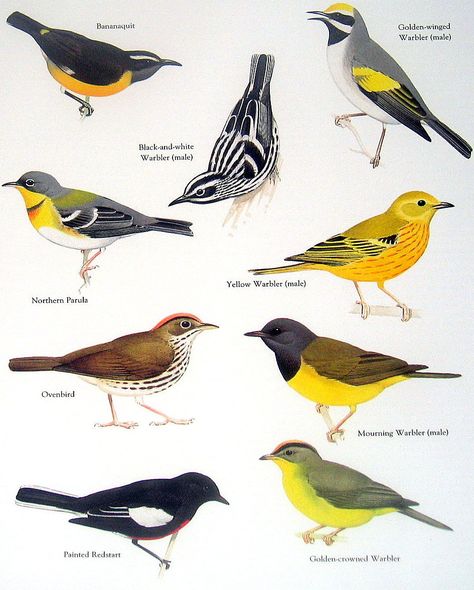 Birdathon day or more technically International Bird Migratory Day by my account in Prospect wasn't a spectacular day.If we are talking fallouts or surges of birds, that didn't happen. By through patience (especially me birding all day), determination and hard work, it paid off not only for me but also  numbers of other birders ( well..there were teams actually that zealously pursued Prospect's birds) with a good diversity of the low species numbers. In the end when I finally finished around 435, thanks to help from birders and friends, I was able to garner a very respectable fifteen species of warblers.

To start, Lookout Hill was the place. Not only did it have two termite hatchouts, it held a very early songbird flight that paced quickly, and a perched Common Nighthawk seen well .

The termite hatchout was found by Rob Bate who led a morning only team. A large decomposing tree stump along the middle path 300 feet west of the Maryland Monument, it attracted a very nice number of warblers. In fact when I was there when Rob fetched me as I was viewing the Nighthawk, i counted ten warbler species. I believed at least eleven were seen. Among the birds, a very cooperative WILSON'S WARBLER approached us mere feet, a great looking MAGNOLIA WARBLER, both sexes CAPE MAY, and BLACK THROATED BLUES, COMMON YELLOWTHROAT, AMERICAN REDSTART, OVENBIRD, and several more kept the birding crowd transfixed. It was a great opportunity to see the gems up close without craning our necks upward into the trees.

Regarding the nighthawk, it's amazing someone spotted it. About 200 feet upslope behind the Maryland Monument , a dead snag held a perched COMMON NIGHTHAWK. Many birders recorded it for their day. Most had to stand at the lower slope base to see the bird on the limb about 11 o'clock from the Monument's ball at the top. A cool bird to watch even though there was no movement.

The Monument also hosted a PHILADELPHIA VIREO that I lack more details.

Early in the morning the warbler early flight attracted all the team birders. In the northwest corner of Butterfly Meadow, over twenty birders watched BAY BREASTED and CAPE MAY WARBLERS within the passage. In the Butterfly Meadow, BLACK BILLED CUCKOO in the low brush got Nancy Tim's attention. It apparently alighted on the young Oak tree. I didn't succeed with the cuckoo, but did watch an energetic EASTERN KIGNBIRD fly catching. 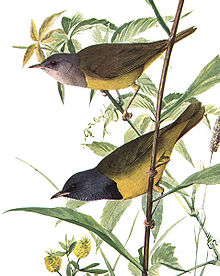 Speaking of Cuckoos, Karen Ohearn hit the double whammy. She witnessed both YELLOW BILLED and BLACKBILLED  together in the same tree  at Lily Pool.

On my account, if it wasn't for friends and acquaintances helping me out as my eyes were affected by pollen and damp woods allergies, I would not have achieved my 15 warbler species. Among my best, a great looking PRAIRIE WARBLER  flew along the edge of the Vale Cashmere pool in the midsection, thanks to Jeffrey's help. Above us in the Horsechestnut tree, a NORTHERN ORIOLE picked at the chestnut flowers. In the same tree on a bare branch, a posing RUBY THROATED HUMMINGBIRD  competed for our attention, and Jeffrey helped again getting this bird. Eni Falci helped getting my focus on a male BLACK THROATED WARBLER  that kept evading my observation but finally when it stayed still, I got it. And later after the hatchout viewing, Kathy T walked with me into the Peninsula where along the meadow lake side, we watched a small pocket of seven warblers in the late afternoon, These birds : WESTERN PALM WARBLER,CHESTNUT SIDED, BLACKPOLL, REDSTART, PARULA,YELLOW, and I forget the last one.

There was a warbler rarity highlight to mention here. Ed Crowne , always reliable and modest, a superstar in my book, heard a singing MOURNING WARBLER at the Tunnel Arch stairs. This closed off broken stairs is across the road from the Dongan Oak eagle monument. The bird was a true skulker staying hidden in the undergrowth to the left and top area of the stairs if you stand at the base.
It was a long day but very satisfactory after all the wet , overcast weather we been having.When the sun did shine there was a breakout of birds. Obviously I cant tell what everyone else saw ,only by what I saw and observed. But in all,it likely was very good birding today with numbers on a wide scale. But a high count for one of the teams was 77 species.

In time, i will certainly get the birdathon team numbers and first place winner. but regardless, all the efforts of birders are doing it for a good conservation cause while enjoying themselves with loads of fun.
Posted by Kingsboider at 9:31 PM