Before thinking it's a flying mouse, MIKI is the banders code for MISSISSIPPI KITE,a Midwestern centered raptor with a fluid flight. In spring sometimes these kites overfly in small numbers .It's quite rare around here. Cape May,NJ  is a well known location seeing these birds But yesterday was an aberration, an invasion of sixty recorded at the Cape.. One kite was reported two days ago in the Gravesend section. Today saw Prospects airspace touched by a single MIKI.

Rob Jett took to his roof in Park Slope ,his home near the Litchfield Villa. At about 1130 am, he spotted a flyover MIKI. If accepted by Ebird,I beleive it would be the second documented sighting for the park . 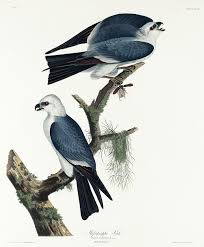 Posted by Kingsboider at 6:11 PM