I had a day off and with this cold overcast day I was not thrilled. But it is what it is. With a news report this morning saying that within the past 20 days ,18 had rain.So it's a trend and we best  dealing with it, adapt and bird on. 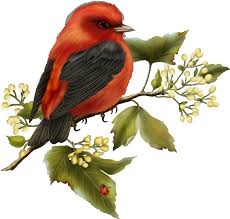 On my slow walk from the West Island,I by chance met Rob Bate. He was a big help getting me some of my first season' s Warblers. He mentioned that all along the lake south shore,"rumps " were all over the place. He was referring of course to the YELLOW RUMPED WARBLER. Some Purple Finches were in the mix. Nevertheless I believed him ,this low cloud cover likely forced down big numbers of birds.

Later I ran into Maureen who said while she was in the Payne Hill section  ,the tree canopy there held a flood of birds,their birdsong resonating all over there. Of course with the bad light it was tough seeing and identifying them high up.

As Rob and I tackles Lookout Hills southwest stairs,I spotted a gorgeous Black throated Green Warbler in one of the big oaks. Scattered these various Warblers wherever they were,the summit offered the most interesting stuff.

We ran into Michelle who got us  a few nice birds. Among them a male BLACKBURNIAN WARBLER brightens the dreary day. American Redstart,Prairie,Black &White, and Northern Parula added to our warbler list.Rob found an EASTERN KINGBIRD as well. But nothing can top the flock of five SCARLET TANAGERS that materialized. We were practically in the middle of the eye level flock of close by four bright males and a female at the summit road West edge. It was enlightening. My spark bird makes a grand entrance!


We got word there soon after from Ed that the HOODED WARBLER was singing away on the upper south slope.. Thru the next hour though as it moved quickly around the Meadows-- butterfly and summit-- it proved too elusive for me to pursue as friends heard this bird on the perimeter slopes. I was content though with my Scarlet Tanager moment.
Posted by Kingsboider at 2:48 PM