it's nice to visit the old park And see a YTWA!

A park of my youth where I have fond memories sled riding , summer school visits and boyhood stuff took center stage today with a YELLOW THROATED WARBLER (YTWA). This sizable patch of woods named Fort Greene Park - historic in that its the largest military mass grave in North America  of 14,000 colonists of the American Revolution in north Brooklyn had an ill reputable history when I was growing up but improved vastly from the looks of it when I went there today --after many years away--with Kathy Toomey who mentioned to me the rare warbler' s presence. 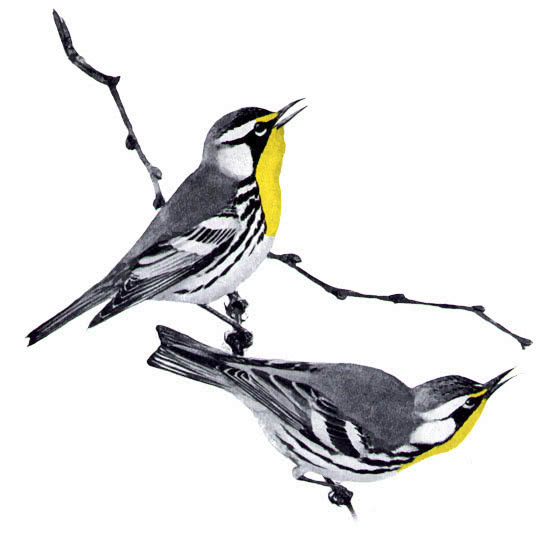 First found by Brad Vatrt along Monument stairs, later re found by Joshua Malbin by the Martyrs Monument,Kathy and I searched almost an hour in moderate rain without much luck.After a disappointing complete circle of the park we came back to the lone park building the visitors center which is also the Urban Park Rangers office. Kathy spotted a small bird movement in a pine next to the east side of the center and above the main entrance,our attention perked up. After some hidden movement inside the pine needles the small bird popped out and it was the YELLOW THROATED WARBLER! Whew!

After five minutes viewing even with my fogged up bins, the YTWA flew down slope east to another Pine.We lost sight of it but now appreciative of two YELLOW BELLIED SAPSUCKERS there.

In the morning hours I birded Greenwood Cemetery. Mostly quiet, I did pick up BLUE GRAY GNATCATCHER, BROWN CREEPER ,BELTED KINGFISHER at Crescent Water, PINE WARBLERS ,one a first year female, at Sylvan water with PALM WARBLER. Over the water, TREE SWALLOWS flew with a single NORTHEN ROUGH WINGED SWALLOW.A MERLIN zipped quickly over. My highlight were three FIELD SPARROWS together in the South flats.

LOUISIANA WATERTHRUSH continues at Prospect Park.In the usual locale we find them many times,the Lower Pool backwater at the gate revealed two waterthrushes according to Chris Laskowski.I found one of them later before my run in with Kathy and the news of the Yellow throated warbler. Also noted, a WINTER WREN appeared at that shoreline with PINE WARBLER and RUBY CROWNED KINGLET in the same spot as the waterthrush.Under the raindrops and in dreary cold, a good day for me nevertheless.