it depends on the color of the throat: rarities continue 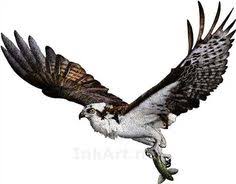 On this sunny chilly day, YELLOW- THROATED WARBLER   and RED - THROATED LOON continue,one short term the other longer term. The differently colored throats though is no comparison with size and habitat preference.

At Fort Greene Park, yesterday's rare warbler stayed the night. Seen at the high point west of the Prisoners Martyr Monument in flowering trees by the stairs, the YELLOW THROATED WARBLER made its appearance under much nicer weather for Rob Bate. A terrific bird for this park that has no understory, and for the park never in the birding news and one I grew up near.

Meanwhile, for a far larger bird,  Prospect Lake' s RED THROATED LOON continues into its second week. Hanging out mostly in the lake' s eastern section from Three Sisters Islands towards the rink,I believed the healthy looking bird is vibrant and quite active diving and feeding. It's unusual for its long term stay ,but perhaps it's a young bird as it's not showing any breeding plumage markings.

In Prospect' s interior, very scattered sightings of PINE & PALM WARBLERS is trumped by the Lower Pool LOUISIANA WATER THRUSH. The water thrush is observed making a circuit to the Upper Pool back for the lower as viewed from the backwater path. A BELTED KINGFISHER is seen flying thru the woodlands surrounding  both pools. Ryan Candee mentioned that PINE WARBLERS numbered about five on the Peninsula mid morning; compared to other years I remembered far higher numbers of Pines and Palms as well as phoebes was the norm.

A hilight regarding bird behavior, its cool watching an OSPREY dive and crash the water surface for fish.This was the case at Prospect Lake when I first entered the park after watching several TREE SWALLOWS get out of the way ;-)
Posted by Kingsboider at 3:36 PM