As skeins of Canada Geese flew overhead, including Josh Malbin's report of 400 going northward in the early morning, early spring migration revealed itself in a few places in Prospect Park.

First at the Lake, the spot "exploded " with Mergansers. Likely forced down by the early morning rain showers, 21 HOODED MERGANSERS - later 22 total ( counted bykaren O-- dallied about along the receding ice edges. Then there was pairs of RING-NECKED DUCK and WOOD DUCK. The COMMON MERGANSERS-our almost winter long five residents--was joined by 4 more, making a total of nine.
By mid morning though, the "Hoodies dropped to 9 birds, and the Common Mergansers was back at 5, with Ring Necked Ducks gone but the Wood Ducks staying behind.

Then I had a delight at lunchtime, along the ball fields . A flock flying fast around the ball fields caught my eye and a momentary thought process had me thinking KILLDEER. They flushed up because of an overflying COOPERS HAWK. I figured they must have landed, and sure enough in the muddy outfield of Field 1, I counted -despite eye strain--with the Killdeer camouflage well with the mud, 15 birds. At Mid afternoon, the Killdeer flock scattered along  the outfield of Field 5 more east , gather at some rain puddles.Staying put I presumed as the wind blew harder.

Scattered numbers of COMMON GRACKLES are visibly seen throughout the southern areas of Prospect Park, at the rink, southwest woods and several other locales.The same though far lesser numbers could be said for SONG SPARROW, my estimate of 13 all together, mostly at West Island Phragmites, and the Rink War Memorial.

And apparently not having an spring angst yet, the COMMON REDPOLL sticks it out at Well Drive picnic tables ( or known as Lamppost 249). I observed it eating catkins of the birch trees behind the young pines. An AMERICAN TREE SPARROW fed on the ground below the Redpoll.

Other reports coming from Greenwood Cemetery include spring migrants AMERICAN WOODCOCKS I presumed at Warrior Path and the season's first EASTERN PHOEBE in the area , reported by Rob Bate. 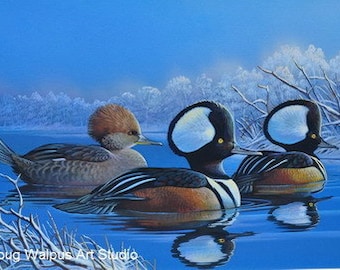