Fwd: Banded Canada Geese at Prospect Park, NYC: The story behind the bands. 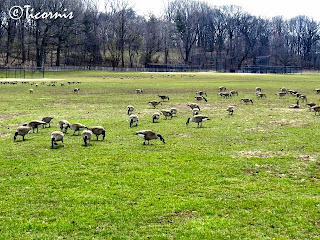 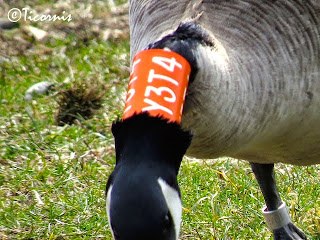 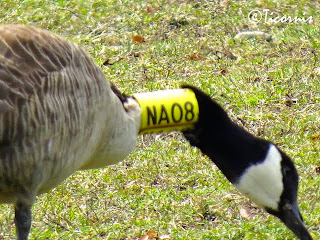 This year I have encountered 2 Canada Geese with neck bands.

The first one was seen on the ballfields, and neck band is orange with white letters & numbers. It read Y3T4. The bird is a male.  It was banded at Varennes, Quebec; Canada.  The bird was too young to fly when banded in 2013.  First time seen by myself in the Park was 22 January 2015.  Last time seen was 30 March 2015.

By the way, both birds were seen forraging together at the ballfields with a large flock of geese.

Posted by Kingsboider at 3:33 PM