This birdathon day finds me birding like any typical day as I opted not to team participate nor join a walk with family obligations at hand. A short morning ,four hours to spare,most birding with Ann Murray, we acted as neutral observers and calm birders without a care for numbers.

It was a beautiful day to bird and birds cooperated. By my own account ,I have 17 WARBLER species, topped by a gorgeous BAY BREASTED WARBLER. But no doubt with all the teams that WARBLER species number will close n on thirty I bet. That's later. The best sighting regards a sitting COMMON NIGHTHAWK to the edge of Butterfly Meadow,found by Alan Baratz.Multiple birders benefited from the sighting. But it was a hectic scene as birders ticked off species and moved on. Not for me today.there's a lot to report.

YELLOW BILLED CUCKOO was the other nice report,two at Lookout Hills summit,high in the oak canopies.

Here are tweets or Twitter reports I received from cooperative birders

Sorry for the lack of observer names. These will appeared automatically in Birdtrax if it's deemed rare.

Stay tuned to the Brooklyn Bird Club Facebook as group photos have posted and eventually the totals and top team. I won't call them winners as all teams in my book win and doing so celebrate this great day thru their participation and contribution to the conservation and awareness of birds. 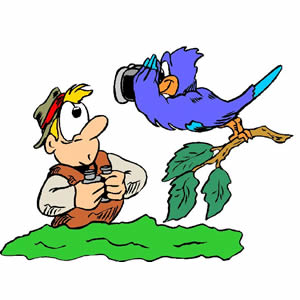 Posted by Kingsboider at 7:34 PM