Fwd: mourning warbler and on and on

hey Peter,
while on my continuing hunt for the Summer Tanager in GWC today, i ran into Jen K by the huge beech at the intersection of cypress and vine.  we watched as the tree began to fill up with spring migrants.  when it was all said and done, i counted at least 10 ovenbirds and 2  waterthrushes on the bare ground under the tree and a total of 18 warbler species + several other spring migrants in the tree itself. the best of all, was trying to get on Jen's Canada Warbler and discovering a Mourning Warbler instead - probably the same bird she was getting a partial view of. 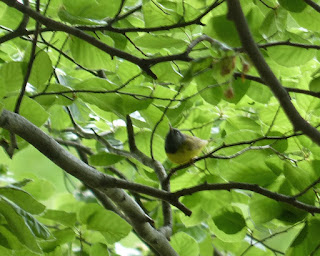 we then went to prospect with Chris and Nina to look for the least bittern that was spotted earlier in the day by Erin Markman.  a few other birders were in the area, but it was Nina B that refound the bird.  GO NINA 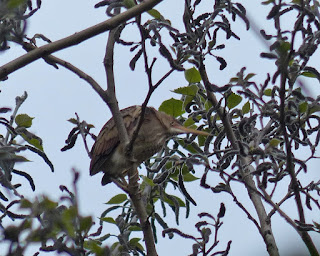