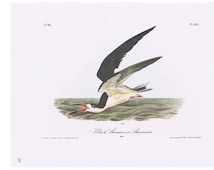 A few unexpected sightings this morning on an otherwise dead birding day. With very few birds around in Prospect Park,waterbirds in the tern family created a little stir of excitement.

The first  unexpected sighting regarded  the sterna species.The sighting happened as I was at the path edge with great views of the lake, Lookout Hill' s middle path. Hoping to find slope songbirds which was nil, instead I caught sight of two COMMON TERNS flying in a northwest direction. Both birds showed the dark bold underwing tip edges. ; I had an excellent eye level view of the birds.

Then mid morning hours birding with Ryan Candee whose hearing I profited from, two high flying rychops species BLACK SKIMMERS vocalized as they too flew northwesterly. I caught sight of them as I walked to the Peninsula thumb shoreline as the birds flew over Prospect Lake.. I could see the large birds with wide slim long wings ,flying fluidly or with smooth gracefulness, rocking sort of at each downstroke. Typically we get this species at dusk on the lake from the Rockaway colony, but migrants are unusually rare.Its a good thing Ryan was along to hear them calling to verify the sighting.According to Sibley's,of skimmers " ...flight also distinctive: graceful and buoyant,with slow beats of long broad wings, wingbeats mainly above the body..."

Also unexpected, we both saw a WHITE BREASTED NUTHATCH at the Peninsula thumb. I suspect a breeding bird that I hope another birder will confirm. Meanwhile WARBLING VIREOS are present well. We saw some warblers here,namely YELLOW,BLACKPOLL,REDSTART, and MAGNOLIA.

Another species to watch out for is BLUE GRAY GNATCATCHER. Spotted high in tree canopy just west of the Maryland Monument, it has bred in the park a few times, last year at Lullwater cove..

Prospect after a very productive migration sleeps with birds very few and inactive. So, don't suffer any post migration blues ..yet.