No warblers? No problem. still some good birds.... 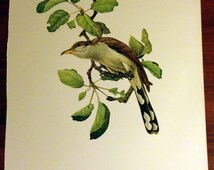 Sunday's surge dissipated of warblers today as evident numbers went southward, figuratively speaking. But even with that dearth of warblers, there were some good birds, namely a rare woodpecker, uncommon cuckoo and rare flycatcher to find.If you like swallows, that will also entice you to the Upper Pool.

It appears that Rob Bate's BBC Tuesday walk did good on finding a rare woodpecker. Above Lamppost 249 ( southwest corner Lookout Hill base) , the steps was the scene of an adult RED HEADED WOODPECKER. This isn't common at all in spring especially an adult that is spectacular to look at. Furthermore, the group saw the still continuing SOLITARY SANDPIPER  at Lily Pool. I await their report.

Linda Ewing had also a good sighting. At Ricks Place, YELLOW BILLED CUCKOO appeared for her, the more common of the two cuckoo species that come thru Prospect.

Then on Lookout Hill, that I did get to see at lunchtime, Dennis Hrehowsik tweeted out a arer ACADIAN FLYCATCHER . This usually more southern empidonax verified by its call chip note hung near the summit northwest stairs, perching mostly in a pin oak. Several other birders witnessed this more greenish species of this genera, and wider bill.

Then comes the NORTHERN ROUGH WINGED SWALLOW. Its not really big news with this species but when I see eight of then patrolling the Upper Pool, its alot for one small water spot.

Posted by Kingsboider at 3:15 PM